2018 CCIM Commercial Real Estate Outlook Conference (Credit: Katherine Kallergis) Population growth, new jobs, and a tight residential market are fueling Florida’s commercial sectors, and that isn’t expected to change anytime soon. That’s how economist Sean Snaith summarized the current market as he kicked off the 2018 CCIM Commercial Outlook conference. One other major factor has contributed to the rising fortunes, he told the crowd at the Coral Gables Country... [read more] 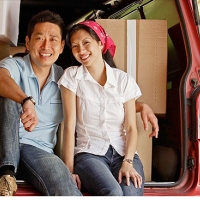 Commercial real estate prices, hovering at record highs in the U.S. following a six-year boom, are sustainable even as Chinese regulators tighten restrictions on overseas investment, according to Brookfield Property Partners LP. There is enough capital pouring into real estate from multiple regions -- including Europe and the Middle East -- to counter any potential slowdown in Chinese investment, Brookfield Property Chief Executive Officer Brian Kingston said in a Bloomberg Television... [read more] 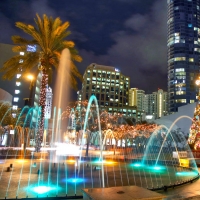 Fort Lauderdale native Bob Swindell remembers the days when retailers and restaurant owners in downtown and the nearby beaches would shut down by 6 p.m. and stores would close up for the summer. “Things would get really quiet,” Swindell said. The only real action the neighborhood experienced was during Fort Lauderdale’s vaunted spring break era, from the late 1960s to early 1990s, when hordes of college students turned downtown and the beaches into party central. The... [read more]

Redfin is getting ready for an IPO

Online real estate brokerage Redfin has put the “for sale” sign on its own shares, filing the paperwork for an IPO late on Friday. Redfin is backed by some of Silicon Valley’s biggest names, and plans to begin trading on the Nasdaq exchange under the ticker symbol “RDFN,” it said in the S-1 filing with the SEC. Redfin pegged the size of the offering at $100 million, though that number is likely just a placeholder that will be updated with the real, larger... [read more] 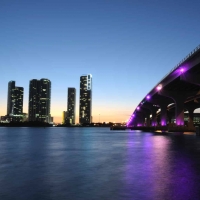