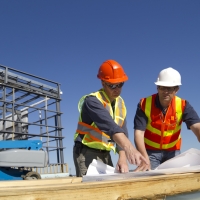 Readying to leave the state Cabinet at the end of the month, Florida Chief Financial Officer Jeff Atwater said Wednesday that lawmakers need to address an insurance practice that critics argue is driving up homeowners’ rates. Lawmakers this spring could not agree on changes to the practice known as “assignment of benefits.” Insurers contend the practice has become riddled with fraud and abuse — particularly in claims for water damage to homes — and is increasing property-insurance costs

“The Legislature needs to deal with it,” Atwater, who has been heavily involved in insurance issues, said after a Cabinet meeting.

The issue involves homeowners who need property repairs signing over benefits to contractors, who then pursue payments from insurance companies. Insurers argue the process has been abused by some contractors and law firms, spurring litigation and higher costs. But contractors and plaintiffs’ attorneys contend the process helps force insurers to properly pay claims. Even as he called for lawmakers to address the issue, Atwater was careful Wednesday to say that legitimate claims need to be paid, describing the situation as a “balancing act.”

“We never want to harm any individual out there in getting the absolute quick and full coverage they deserve on a claim,” Atwater said. “But the majority of this right now is costing the honest Floridian tremendous pain.”

“We are going to continue to see homeowners’ insurance companies raise their rates for our consumers in a best-case scenario, and in a worst-care scenario, just simply stop offering their products in certain regions of the state,” Altmaier said.

The House in April approved a bill (HB 1421) that would have made a series of changes, in part, to curb litigation about claims. But the Senate did not take up the measure, which was derided by opponents as being too favorable to the insurance industry.

After the session, the Florida Justice Association, which represents plaintiffs’ attorneys, said defeating the assignment-of-benefits legislation was one of its key achievements. On its website, the association said it had protected a “key property right by stopping the insurance industry's attempts to restrict the ability of homeowners to engage emergency remediation services through assignment of benefits agreements.” Similarly, the Florida Association of Restoration Specialists disputed that a “crisis” exists with assignment of benefits and said insurers were trying to gain an advantage in paying claims.

“Insurance companies and their adjusters like to control the claim,” the group said on its website. “When they can hire their own adjusters and engineers they maintain the upper hand against their own insureds — us homeowners.”

“It will cost the citizens of Florida money, and it will continue to grow as a problem if unchecked,” said