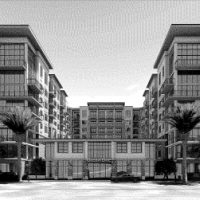 Boynton Beach to consider proposal for apartments, retail and hotel on Federal Highway 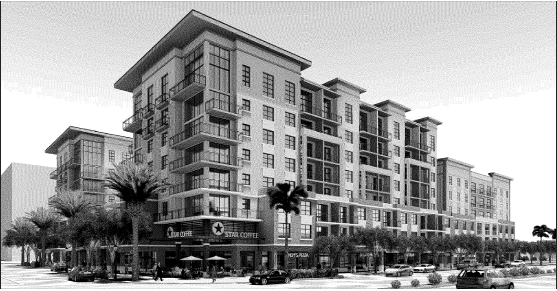 Boynton Beach officials will consider plans for the mixed-use Ocean One project along Federal Highway/U.S. 1.

Ocean One Boynton LLC, an affiliate of Washington, D.C.-based Washington Real Estate Partners, wants to rezone the 3.63-acre site at 114 N. Federal Highway to allow 358 apartments, 12,075 square feet of commercial/retail, a 120-room hotel and 439 parking spaces. The property runs along the highway from Boynton Beach Boulevard to Ocean Avenue. It is not along the water, but it’s a quick drive across the bridge to the beach.

The City Commission will hold the first vote on Ocean One on March 21 and, should it pass, then a final vote on April 4. Attorney Bonnie Miskel, who represents the developer in the application, couldn’t immediately be reached for comment.

The vote would cover the rezoning and the site plan for the first phase, which would be developed on 1.93 acres of the site. The first phase calls for an 8-story building with 231 apartments in 218,935 square feet and 6,175 square feet of retail, including a health club, and a 7-story parking garage with 359 spaces. The building would feature a public plaza, an interior courtyard with a pool, summer kitchen, grilling stations and a fountain wall. It would also have a clubhouse.

The apartments in the first phase would break down to 152 with one bedroom, and 79 with two bedrooms. Units would range from 560 to 1,600 square feet.

Cohen, Freedman, Encinosa & Associates is the architect of Ocean One.

The developer hopes to acquire 0.47 acre of the development site from the Boynton Beach Community Redevelopment Agency. Ocean One Boynton acquired the rest of the site for $9 million in 2005.

According to the Palm Beach Post, Washington Real Estate Partners Chairman F. Davis Camalier is seeking an incentive deal with the CRA to provide millions in property tax rebates for the project.