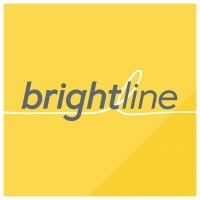 All Aboard Florida’s Brightline passenger train service will start carrying passengers between West Palm Beach and Miami by the end of the year, offering introductory fares and “buy-one-get-one free” offers to entice commuters to ride.

Brightline had said the first leg of its service was expected to start service in late summer, with a grand opening ceremony expected to be held in the fall. But during a tour of the company’s sprawling MiamiCentral station on Monday, Brightline’s CEO Dave Howard said trains will begin carrying passengers later this year. The exact schedule is expected to be released in the coming weeks, and ticket prices will be announced about 10 days before service begins, company officials said.

“No one has done this in more than 100 years,” Howard said of the company’s plan to return passenger train service to Henry Flagler’s historic railroad corridor. “There really is no template. We want a safe and successful launch.”

Howard said the company plans to offer lower-than-normal ticket prices to encourage riders to try its trains, which Brightline says offer a stress-free alternative to traveling by car.

“Until you try it, you don’t really have a sense of its value,” Howard said.

Work on Brightline’s West Palm Beach and Fort Lauderdale stations is essentially complete, and construction on the station in downtown Miami on track to be finished this fall, Howard said. The MiamiCentral station is one piece of the company’s six-block complex, that includes ground-floor retail space, an office tower and two residential apartment buildings. Much of the structural work at the Miami station is complete, however crews are still installing other finishings including tracks that the trains will run on and the escalators that will eventually carry passengers to the elevated rail platform.

The Miami station is expected to become a transportation hub and shopping and entertainment destination for both tourists and locals. The site is within walking distance of the AmericanAirlines Arena and a short shuttle ride from PortMiami, which processed more multi-day cruise passengers than any other port in the world in 2014.

This past year, the South Florida Regional Transportation Authority approved a plan that will eventually allow Tri-Rail trains to carry passengers to Brightline’s station in downtown Miami. Tri-Rail now runs between Palm Beach County and Miami International Airport. The downtown Miami Tri-Rail stop would give Palm Beach County residents easier access to the AmericanAirlines Arena, Port Miami and other businesses and shopping districts. Of the roughly 50 daily Tri-Rail trains, about half are expected to travel to Brightline’s Miami station, officials have said.

Eventually, Brightline plans to extend its service north to the Orlando International Airport, where the $221 million transportation hub that houses the company’s northernmost station is set to open this fall. Phillip Brown, executive director of the Orlando airport said this past month Brightline’s trains won’t start carrying passengers to Orlando until “late summer or fall” of 2020. Quiet zones that will eventually silence train horns along the Florida East Coast Railway tracks through Palm Beach County are still set to be implemented when Brightline launches its service, company officials said Monday. Quiet zones require a higher level of safety, because trains don’t blow their horns at rail crossings. As a result, Brightline has launched a safety campaign to keep people off the tracks.

In April, the company teamed up with the Palm Beach County School District to warn students and those living near the Florida East Coast Railway corridor about the dangers of walking along train tracks. Brightline has asked cities along the route to help promote the campaign, part of a national program called Operation Lifesaver, which is designed to reduce collisions, fatalities and injuries at highway-rail crossings and prevent trespassing on or near railroad tracks.

“We still have to educate the community,” Howard said Monday. “These communities have been very used to the freight trains, which come through slower and have much longer crossings. The crossings times for our trains will be less than waiting for a stop light….People have to be very cautious and understand that it is going to be a different level of activity.”

Four of Brightline’s five trains are housed in West Palm Beach. The 5th train, which is under construction at Siemens’ manufacturing hub in Sacramento, Calif., is expected to arrive in Palm Beach County later this month.