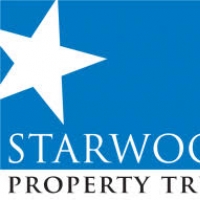 Developer 13th Floor Homes has launched sales and construction of its third single-family home community in Tamarac. The homebuilding arm of Miami-based 13th Floor Investments previously launched Central Parc and Manor Parc in the city. Now it’s getting started on Hidden Trails, which will be southeast of Florida’s Turnpike near Commercial Boulevard. The official address is 4893 N.W. 55th Place.

“Hidden Trails has already secured more than thirty reservations, and all before a single shovel has hit the ground,” said 13th Floor Homes Division President Mike Nunziata. “This not only underscores the excitement for the project, but the pent-up demand for attainably-priced new construction homes as residents are increasingly breaking out of long-term cycles of renting and discovering that home buying is often the more economical option.”

The single-family home market in Broward County is particularly tight. According to the Greater Fort Lauderdale Realtors, there was a 3.8 month supply of inventory in March based on the current sales pace. The developer sold out Central Parc and is over 45 percent sold at Manor Parc, which broke ground in November 2016.