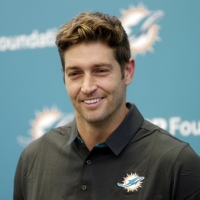 Dolphins’ Jay Cutler wants a beachy vibe, will likely rent a condo on the ocean: sources 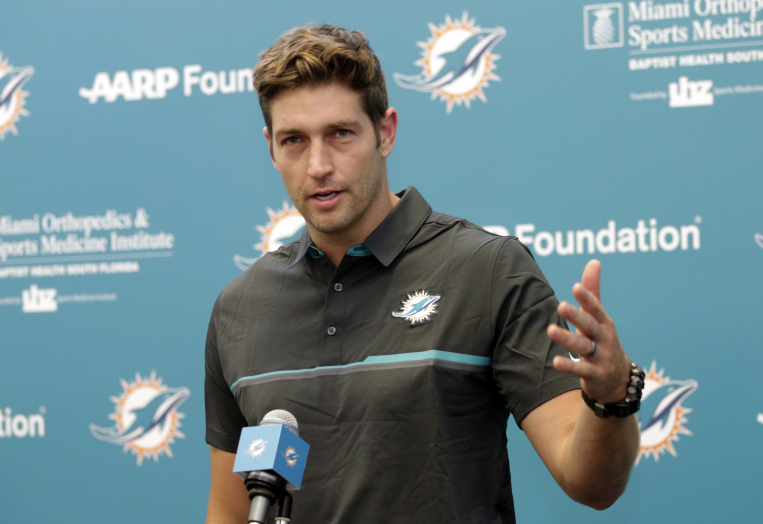 Jay Cutler, who just signed a one-year, $10 million contract with the Miami Dolphins, wants a beachy vibe during his stay in South Florida. The quarterback will likely rent a condo on the beach in Fort Lauderdale, Hollywood or Hallandale Beach, according to a broker familiar with his search.

Cutler is looking for a three-bedroom furnished unit with ample space for his wife, actress and designer Kristin Cavallari, and their three children to visit on the weekends, according to the source, who asked not to be identified. The family recently moved from Lake Forest, Illinois to Nashville after Cutler was released after eight seasons from the Chicago Bears in March. He was hired by Fox to be a broadcast analyst before he signed with the Dolphins. The team announced his arrival in South Florida on Monday.

Cutler’s beachfront choice would be in contrast with that of many NFL players who often live in gated communities in suburbs like Davie or Weston. But if he wants the beach, Broward County is an easier commute to the Dolphins’ training facility at Nova Southeastern University than Miami Beach or other waterfront areas of Miami-Dade County.

Cutler could be looking at such properties as Hyde Resort & Residences Hollywood, a new, $360 million condo and hotel development; or Ocean Palms Hollywood, the Beach Club Hallandale, or Diplomat Residences, according to the broker. Rental rates generally range from $4,000 a month to $10,000 a month. The source said Cutler is becoming acquainted with the options online, and could sign a lease and move in as quickly as the end of this week.

Other brokers also envision Cutler heading for the beach.

“I think Jay will be a little more on the Miami Beach side, closer to the action, restaurants and prime shopping,” said Darin Tansey of Douglas Elliman’s sports & entertainment division.

“I could see him him looking at a house on North Bay Road that would give him expansive water views across Biscayne Bay, or in the South Pointe neighborhood if he is going to rent,” Tansey said, citing a condo tower like the Continuum.

Regardless, the brokers say privacy will be key: Cutler may not want everyone knowing just where to find him.