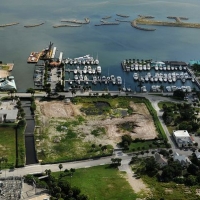 FORT PIERCE — City officials hope by October to select a developer to redevelop the former H.D King site in downtown into a hotel. The Fort Pierce Redevelopment Agency on Monday approved City Manager Nick Mimms' autumn timetable to solicit requests from developers to build a hotel. An informational meeting for prospective bidders is tentatively scheduled for Aug. 16 and all bids are due by Sept. 5, according to a draft copy of the request for proposals/qualifications. The... [read more]