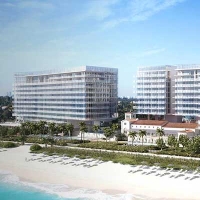 Four Seasons at The Surf Club condo sells for $9.3M 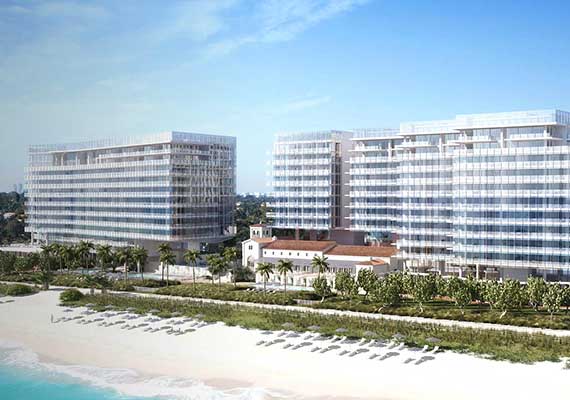 A Florida company paid $9.3 million for a condo at the newly completed Four Seasons Residences at The Surf Club in Surfside, property records show.

Nikki Investment Corp., a company that lists an Aventura address, bought unit 521 in the north tower of the Four Seasons, which is the first of the project’s two residential towers to receive its temporary certificate of occupancy. The Aventura address is tied to Francesca and Glenn Halpryn. Francesca Halpryn, an agent with One Sotheby’s International Realty, could not immediately be reached for comment. Glenn Halpryn is a real estate investor, according to Bloomberg.

Fort Partners CEO Nadim Ashi said at the opening that the development hit $1 billion in condo sales. Condo units range in price from $3.4 million to $18 million, and in size from 1,400 square feet to more than 7,000 square feet. Ashi said the average price per square foot is $2,400.

The developer paid $116 million for the site in 2012. Other projects in Surfside include the recently completed Fendi Chateau Residences, Jason Halpern’s planned luxury boutique condo Surf House, as well as a joint venture between Israel-based ASRR Capital and Istanbul-based Suzer Group on a project a block away from the Surf Club.