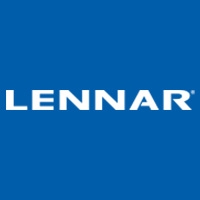 Miami-based Lennar Corp., one of the country’s largest homebuilders, on Tuesday reported lower fiscal second quarter earnings that still exceeded analyst expectations. Earnings including noncontrolling interests fell to $200.7 million, or 91 cents a share, from $224 million, or $1.01 a share, in the second period of 2016. Still, the average estimate among eight analysts surveyed by Zacks Investment Research was for Lennar earnings to reach 78 cents a share.

Revenue rose to $3.26 billion from $2.74 billion in the second quarter of 2016. Analysts had expected revenue of $2.89 billion. Lennar said it had 8,898 new home orders during the quarter ended May 31, its highest total in the past 10 years. Home deliveries and revenue from homebuilding both increased while the company’s backlog dollar value jumped 20 percent to $4 billion.

Many buyers are concerned about steadily rising home prices. But Lennar CEO Stuart Miller said in a conference call with analysts and reporters Tuesday that wage growth and an improving employment picture are easing affordability concerns.

“A lot of what’s driving people to the market is a sense of confidence,” Miller said.

Lennar shares closed Tuesday at $53.87, up $1.13. The company said a $12.9 million net loss attributable to noncontrolling interests in the second quarter was mostly due to the Federal Deposit Insurance Corp.’s stake in a real estate loan portfolio that the builder acquired in partnership with the bank regulator. In the latest Builder magazine rankings of the nation’s top 100 builders, Lennar held on to its No. 2 spot with 26,563 closings in 2016. It had $11 billion in revenue.

D.R. Horton was the nation’s largest builder with 41,652 closings and $12.7 billion in revenue last year. Lennar is building hundreds of homes in Broward and Palm Beach counties. It started sales in February at the 575-home Cascata at Miralago in Parkland. It also is building the 248-home Gulfstream Preserve west of Lake Worth. Earlier this year, Lennar acquired Bonita Springs-based WCI Communities Inc. for about $643 million.

Anthony Trella, a homebuilding consultant in Deerfield Beach, said Lennar has positioned itself well with land holdings in strong markets nationwide. But all builders face major challenges, including labor shortages, the cost of materials, affordability and the difficulty of buyers getting mortgages, Trella said.

“All of those factors are pressing down on the overall production of the industry,” he said.