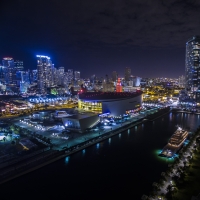 Miami still the most expensive city to rent an apartment in South Florida: report 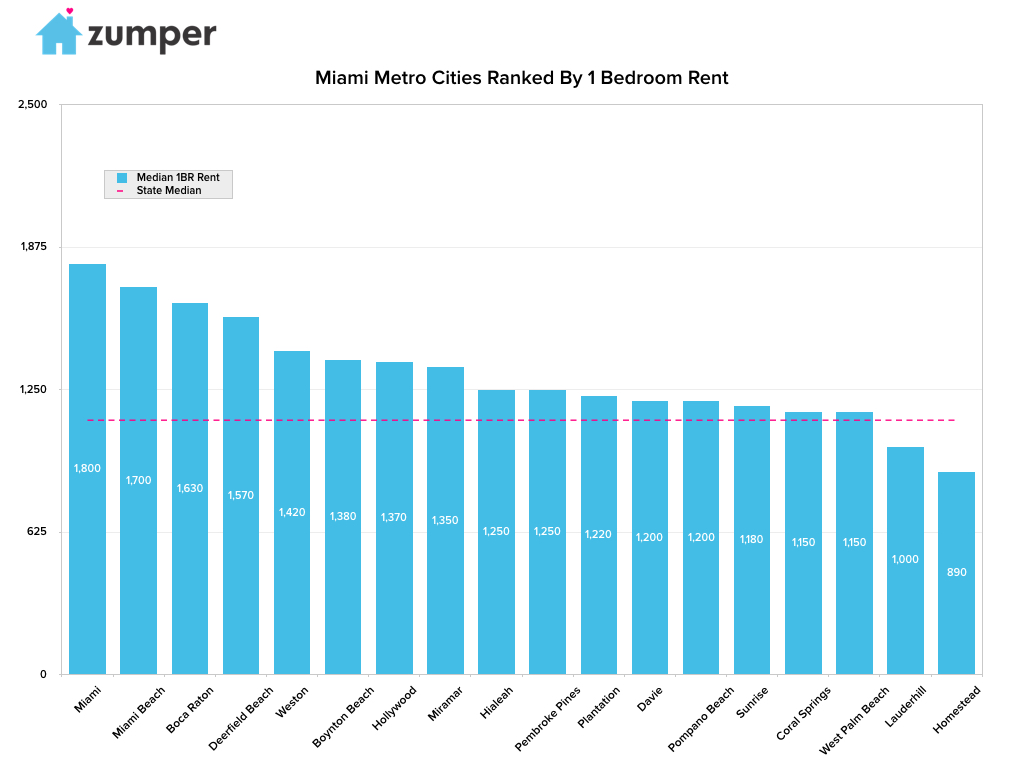 Miami is still the most expensive South Florida city to rent a one-bedroom apartment, according to a new report from Zumper.

In March, a one-bedroom cost the average renter $1,800 a month in the city of Miami, followed by Miami Beach at $1,700 and Boca Raton at $1,630. Miami has consistently ranked as the ninth-most expensive city for renters, according to the online apartment search platform.

Just last week, Florida East Coast Realty topped off Panorama Tower, an 821-unit mixed-use luxury apartment tower in Brickell. When it opens by November, the developer said rents will start at about $2.20 per square foot and go up to about $6 a foot for units sized from 1,100 to 1,400, which means rents would range from about $2,420 a month to $8,400 a month.

On the other end of the rent spectrum is Homestead, the most affordable city to rent an apartment. One-bedrooms were priced at a median of $890 in March, up 15.6 percent from the previous year, marking the highest price growth of any South Florida city. In Lauderhill, the second least expensive city, apartments asked a median rent of $1,000. West Palm Beach and Coral Springs were tied for the third cheapest rents in South Florida, with one-bedroom apartments asking about $1,150 per month.

Zumper looked at 56,000 listings that hit the market in March and aggregated median asking rents.

South Florida rents are notoriously unaffordable, and aren’t helped by stagnant wages and the lack of affordable and workforce housing. Regardless, the area is still appealing to millennials: Realtor.com recently ranked Miami as the second most desired city for millennials after Salt Lake City. An influx of new rental projects is also expected to bring rents down, experts have said.