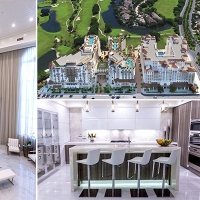 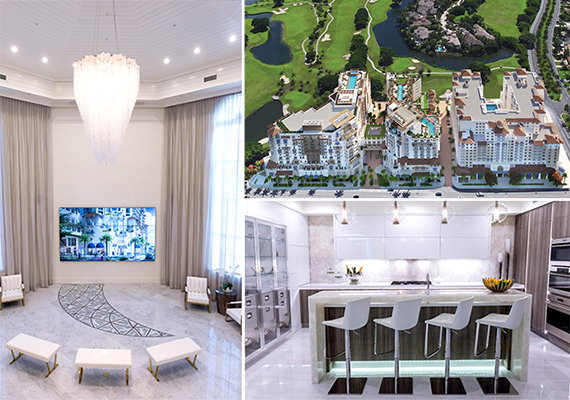 Penn-Florida Companies is working on the finishing touches of its $3.5 million sales center for the Mandarin Oriental Residences in Boca Raton as it gets closer to officially launching sales.

The 8,100-square-foot sales gallery, at 10 East Boca Raton Road, was designed by SB Architects and San Francisco-based Hirsch Bedner Associates, and features a kitchen, bathroom, nine-screen video wall and a MO Bar. Potential buyers are greeted by a doorman and then by a butler, Al Piazza, senior vice president of Penn-Florida, told The Real Deal.

The sales center was built out in an older building that the developer renovated to give the impression of what it’s like to live in a Mandarin-branded residence, Piazza said. That includes mosaic inlays hand cut in Italy and installed in the sales office.

The sales team is taking reservations now and will do a formal launch of the sales gallery this fall. Units start at $1.3 million to just over $12 million for penthouses, of which there are five. Most of the interest and reservations have come from Boca Raton residents and buyers from the Northeast. Douglas Elliman’s Harlan Goldberg is the director of sales.

Buyers will be required to put down 20 percent at contract and 10 percent at groundbreaking, unlike the 50 percent deposits seen in Miami.

The 85-unit Residences at Mandarin Oriental, at 105 East Camino Real, will be linked to the 164-room hotel portion by a two-story underground parking garage and by a bridge on the fourth and fifth levels with a spa, gym, fitness center and meeting space.

The hotel-branded development is part of Via Mizner, a mixed-use project with luxury apartments, retail, restaurants, a private club, gym and golf amenities. The Residences will be one of three Mandarin-branded condo buildings in the U.S. and one of six in the world. The hotel will be completed toward the end of 2019, and the Residences will follow a few months later in 2020, Piazza said.

Property records show Penn-Florida affiliate Camino Investments Holdings Limited Partnership owns the 2.5-acre site where the Mandarin hotel and residences will be built. Piazza said the company will work on demolition within the next two months and then lay the foundation. Penn-Florida has construction financing in place, but Piazza declined to name the amount or lender. It has not yet closed.