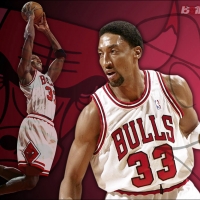 Retired NBA basketball star Scottie Pippen is asking for $40,000 a month for his Harbor Beach waterfront home in Fort Lauderdale, according to the New York Post.

Pippen originally listed his 10,484-square-foot mansion at 2571 Del Lago Drive in 2014 for $11.8 million. A little more than three years later, the mansion remains on the market.

In November, Pippen knocked down the asking price to $10.9 million, a $600,000 markdown from his previous $11.5 million price. Pippen even tried luring buyers by throwing in a 55-foot Van Dutch yacht along with the residence, for a total of $12.5 million, but still no avail.

Pippen, a seven-time NBA All-Star, played for the Chicago Bulls from 1987 to 1998 and helped the Bulls win six National Basketball Association championships.

A number of other luxury homes are seeking renters for the upcoming holiday season. Dr. Oz, known for his lifestyle and health advice on the television series “The Dr. Oz Show,” is listing his oceanfront home in Palm Beach for $95,000 a month – marking the one of the most expensive price tags in the tony town.[NYP] – Amanda Rabines