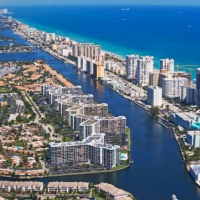 Though the residential slowdown continues in South Florida, sellers may finally be adjusting to market conditions by lowering their prices.

Residential properties sold for bigger discounts during the first quarter compared to the same period of last year in Miami Beach, continuing a trend from the fourth quarter of 2016, according to newly released reports from Douglas Elliman.

And in Miami, inventory fell by nearly 20 percent.

“Sellers being more connected to market conditions enabled more transactions” so far this year, said Jonathan Miller, whose firm Miller Samuel authored the reports. “For the first time in three years, we had the number of sales [in Miami Beach] rise overall.”

Jay Parker, CEO of Elliman’s Florida brokerage, said South Florida is entering into a period of stability following the boom from 2012 to 2015 and an overall market reset in 2016.

Miller also attributed an overall improvement to the election being over. “There was a holdback in 2016 that was released in November,” he said.

Properties in Miami Beach spent 143 days on the market during the first quarter of this year, up from 97 days the previous year. Listing discounts also continued to increase, which makes sense given that “pricing was too high to begin with,” Miller said. “The spread is widening. The seller is traveling farther to meet the buyer, and I don’t believe it’s the buyer coming up to meet the seller.”

The discount, which is defined as the difference between the closing price and the asking price at the time of contract, increased to 12.1 percent from 8.8 percent, according to the report. In the luxury end of the market, which is typically softer in a slow market, homes sold for bigger discounts compared to the previous year. The discount was up to 20.4 percent from 12.8 percent for luxury single-family homes starting at $6.25 million (the top 10 percent of the market). But high-end houses actually spent less time on the market during the first quarter, 261 days, up from 352 days during the first quarter of 2016.

The inventory of luxury condos increased to 1,188 units from 1,063, and the condos spent more time on the market than they did in the first quarter of last year, to 207 days from 119 days. The difference between the asking price and closing price grew on a year-over-year basis, but less than with luxury single-family homes. Luxury condos, where the threshold began at $1.6 million, sold for an average discount of 13.1 percent during Q1 compared to 10.1 percent during the same period last year.

“Even though sales slowed, the inventory fell much faster,” Miller said. “The absorption period was almost three times longer in Miami Beach,” which he attributed to a larger share of luxury product in Miami Beach.

Condo sales in Fort Lauderdale rose by only 1.5 percent to 469 closed deals so far this year from 462 in the first quarter of 2016. Sales of single-family homes were flat at 427. Miller said the decline in the median price of luxury single-family home sales was due to an uptick in sales on the lower end of the luxury market, which actually brought the per-square-foot price up.

The reports called Fort Lauderdale one of the stronger housing markets in South Florida.

Single-family homes spent an average of 80 days on the market during the first quarter of this year, which is down 22.3 percent from the 103 days during the same period last year. They sold for an average 8.1 percent discount, which in Q1 of 2016 was 9.7 percent.

Condos spent about two days less on the market compared to the previous year, 102 days compared t0 100 days, and sold for an average 6 percent price cut, up from 5 percent in 2016.