Nearly 90 percent of South Florida's small- to mid-sized business feel confident about the overall strength of their companies, according to SunTrust's annual Business Pulse Survey released this week.

The survey, in which more than 500 small and mid-sized business participated, shows that South Florida's small businesses are overall bullish on growth and the local economy. 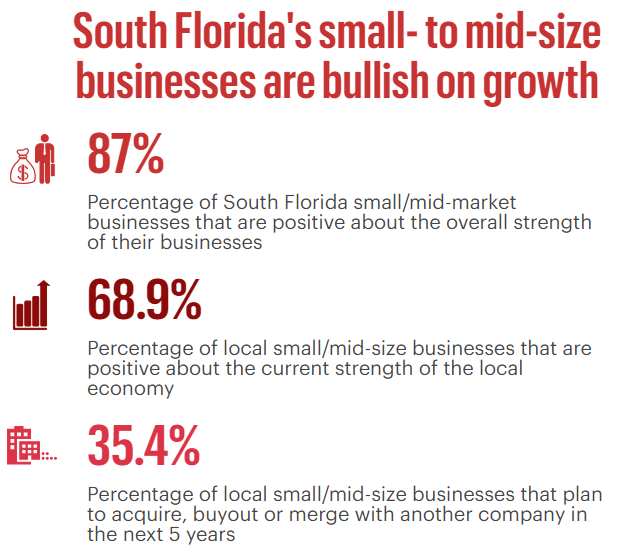 The findings come as nationally nearly two-thirds of business leaders expect the global and U.S. economy to improve through 2017, according to SunTrust Banks Inc (NYSE: STI). They're even more optimistic about their own companies, with 75 percent of small- and middle-market business owners in the U.S. projecting strong outlooks for their companies.

South Florida's businesses are optimistic because the grand majority, or 89.4 percent according to the survey, feel strongly that they are prepared to undertake their 5-year financial plans and goals. About 45 percent of South Florida's small- to mid-market businesses believe corporate tax reform as proposed by President Donald Trump's administration would help their companies.