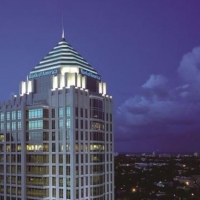 The Office Real Estate market is booming but is a slowdown looming?

Low interest rates, strong job growth and a dearth of construction have combined to create a prolific market for office building investments in South Florida over the past five years.

But some real estate analysts predict the frenzy will fade in 2017, derailed by economics and a sense of inevitability.

Since the commercial sector started to rebound in 2012, institutional investors have made close to 300 deals for “Class A” office buildings in Palm Beach, Broward and Miami-Dade counties, according to figures from Real Capital Analytics compiled by Colliers International South Florida. The firm tracked buildings worth more than $2.5 million and bigger than 75,000 square feet.

In 2016, investors spent $1.9 billion on 23 towers in Miami-Dade, while 19 Broward buildings sold for $984 million, the data show. Both dollar amounts are the highest of any year during the recovery, and some of the region’s most prestigious towers have traded hands in the period.

“As real estate and the economy have improved, there’s been a demand for office space, and there’s very little of it being developed,” Capocefalo said. “Landlords are saying, ‘This is an attractive time to sell and take my profits.’”

No significant office construction occurred in South Florida during the recession. What little available land is left will go toward housing, Capocefalo said, making it unlikely that the region will see many new office buildings in the coming years. While that scenario bodes well for existing landlords, other factors threaten to undermine the office sales sector, market observers say.

“As the market becomes stronger, and the absorption fills up the vacant spaces, there are fewer buyers across the spectrum,” he said. “It’s a more difficult marketing process.”

As the end of the first quarter of 2017 approaches, the Colliers data show all three South Florida counties are on pace to fall short of last year’s sales prices. Miami-Dade’s two sales so far have totaled just $39.6 million, while four buildings in Palm Beach County have sold for $65.1 million. Broward has one sale for $86.75 million.

“You can’t have this run-up forever,” said Jonathan Kingsley, an executive vice president at Colliers. “At some point, it has to slow.”

Still, Christian Lee, of the CBRE firm, said he remains bullish on the investment sales market because few major metropolitan areas nationwide have so little office construction compared to projected absorption as South Florida. Lee said he has more listings now than he did a year ago, and higher interest rates have made the cost of borrowing only marginally higher. He said major institutional investors surveyed at a recent capital markets symposium in Phoenix indicated that acquisitions remain a major part of their strategy.

“I think the market is poised for a strong year on the investment side,” he said.