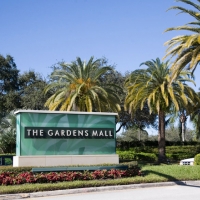 Time for a makeover? The Gardens Mall looks to Apple, Tesla 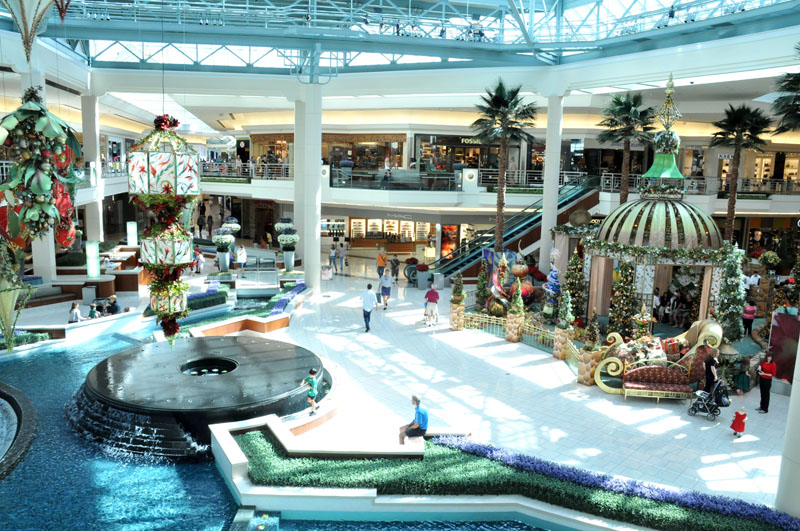 Tesla and Apple are the businesses of the future. At The Gardens Mall in Palm Beach Gardens, mall leaders hope these companies, along with the world’s hottest brands, can be the tenants of the future, too. Tesla plans to open a retail showroom at the mall next to Saks Fifth Avenue. The Apple Store is undergoing an expansion that will make it the largest store in Palm Beach County. Meanwhile, athletic apparel maker Lululemon will move into an expanded, flagship location where Cache used to be, while Zara, the largest clothing retailer in the world, is being heavily courted.

The stores are part of several changes planned for the mall as it adjusts to a shifting retail environment, confirmed Al Ferris, the mall’s leasing manager. “There’s a remake of The Gardens underway,” Ferris said. In addition to these name-brand companies, The Gardens wants to move away from its heavy emphasis on luxury goods by bringing in a greater variety of retailers appealing to consumers of all types. Expect boutique home furnishings stores and a greater range of restaurants, including local ones. Among them: Jupiter-based Park Avenue BBQGrille, which is taking space near the Sears department store previously occupied by CounterBurger.

Ferris said the goal is to create a warmer atmosphere that will help turn the shopping center, on PGA Boulevard just east of Interstate 95, into a community gathering spot. The effort has taken on a sense of urgency, as store after store has shut nationwide during the past two years, including at The Gardens Mall. They include The Limited, Bebe, Cache, Aeropostle, BCBG and American Eagle Outfitters.

The growth of online shopping, monotonous clothing designs, poor garment quality and fickle shoppers used to deep discounts are among the reasons mall store sales have plummeted. “When people started being confident enough to order shoes online, that changed everything,” said Joseph Pietrafesa, of Strategico Corporate and Retail Strategies on Palm Beach.

In the face of this retail crisis, malls are being forced to change. “It’s been a wake up call for everybody,” Ferris said.

Soon enough, the traditional mall format familiar to shoppers for the past four decades “will cease to exist,” Ferris said. “They will have to become more of a town center. Shopping will not be the primary driver anymore.” Mixing up the retail blend is an important short-term change. Take the deal for Tesla, in the works for a year. The maker of upscale electric cars is expected to take space in the mall’s second-level luxury goods wing. If all goes to plan, the Tesla retail store should be open by the fall. (Tesla has another mall location in Palm Beach County, at the Town Center mall in Boca Raton.)

Over the long term, The Gardens Mall, like other centers, is sketching a strategy to transform itself into a living, working, entertainment and dining center, and oh, yes, a place to shop at stores, too. Of course, shoppers can’t see the big picture right now. They only notice the substantial number of clothing stores that have closed at the mall. In addition to the aforementioned stores, some luxury brands have shut down, too, including Ralph Lauren and Burberry. Both retailers have closed numerous locations, including at The Gardens Mall and Boca Raton’s Town Center mall.

Then on April 30, Gucci quietly closed its store at The Gardens. This is despite the fact that the luxury retailer maintains other locations in South Florida. Pietrafesa thinks letting a high-profile retailer like Gucci go was a mistake. But Ferris said the store’s closure was a mutual decision between the mall and the retailer. Gucci was among the first luxury retailer to take a spot in The Gardens’ previous revamp, initiated in the early 2000s. That’s when the region’s upscale housing market began to boom.

And The Gardens Mall, once a sleepy destination carved out of forests 30 years ago by The Forbes Co., took notice.

“Gucci at The Gardens” became a reality as residents in nearby country club communities no longer needed to travel to Worth Avenue on Palm Beach to shop at Tiffany’s, Chanel and Ralph Lauren. They could do it conveniently at their local suburban mall.

The Gardens is not alone in seeking to reinvent itself. These days, most malls are seeking to diversify into centers that include housing, a hotel or office building, plus more restaurants. For example, Downtown at the Gardens, a shopping center next to the mall in Palm Beach Gardens, is undergoing a $100 million redevelopment that could lead to the creation of a hotel, an office building, residences and a shuffling of retail tenants.

In West Palm Beach, CityPlace is crafting a massive expansion that could feature nearly 1,000 apartments and at least one new office building, plus new restaurants. The expansion hinges on the rework of a troubled CityPlace loan, now in special servicing and not yet resolved.

And in Boca Raton, the Town Center mall is eyeing the Sears department store and hoping to do something new with the space. The Sears property in Boca Raton is owned by Seritage, a company that acquired Sears’-owned properties. Seritage is marketing the store space, auto center and adjacent Seritage-owned parking lot for new uses.

Sears is a challenge, and an opportunity, for The Gardens Mall in Palm Beach Gardens, too. There, the department store has a long-term lease on the site. Unfortunately for The Gardens, Sears is fighting hard to retain control. Sears even unsuccessfully sued The Gardens mall over a bid to sublease the space to Dick’s Sporting Goods. Sears lost at the circuit court level and has appealed the decision.

Looking ahead, retail observers say time is on the side of mall operators. Sears is in such precarious financial condition; the retailer might not last the year. In March, the company acknowledged it could go bankrupt.

But that’s a maybe. Right now, Ferris and his team are doing what they can to mix things up at The Gardens. Coopers Hawk Winery & Restaurant, which opened last month, is attracting crowds delighted by the fun of its wine-tasting room.  And in the fall, look for a few new stores. They include the Alex & Ani jewelry store and St. Tropez Home, an upscale home furnishings retailer that will occupy the closed BCBG store. By Black Friday, the day after Thanksgiving, expect to see a newly expanded, flagship Apple store, which is growing to 8,300 square feet from 6,000 square feet.