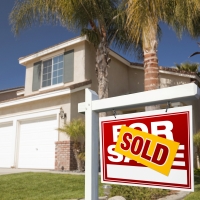 Young people are being shunned from housing market. But 2016 and 2017 data suggests that more first-time homebuyers are emerging

An estimated 3 million new homebuyers over the past decade have been shunned from the market and it could be hindering a housing market recovery, according to a new study by Genworth Mortgage Insurance that will be released Thursday.

Factors deterring young people from venturing into buying their first home include shortages in affordable housing, tighter lending standards, looming student loans, and higher rent prices, according to a report in the Wall Street Journal. Genworth performed the study by analyzing mortgage data from Fannie Mae, Freddie Mac, the Federal Housing Administration, and Veterans Affairs among other sources.

The market averaged about 1.5 million new homebuyers per year over the past decade, a startling difference from the 1.8 million potential annually when population growth is taken into account.

According to the Census Bureau, building companies had started scaling down homes to meet the growing demand for affordable houses among first-time buyers. For the first time since 2009, median home size shrank to 2,422 square feet.

Many of the first-time homebuyers in the study were entering their 30’s and meeting their own demands for more space for their families and young children.