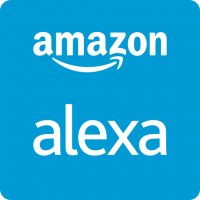 Alexa, are you in my my new home?

Amazon’s Alexa will soon be arriving at Lennar’s homes.

Miami-based Lennar Corp. just announced it will be adding smart homes to its new home offerings. The nation’s second biggest homebuilder said it will be partnering with Amazon to bring Alexa, Amazon’s smart personal assistant, into its homes’ designs, according to a release.

The designs will be powered by Ruckus Wireless, a part of Brocade Communications Systems, to provide coverage throughout its homes without hitting Wi-Fi dead spots.

The builder has become the first to adopt the Wi-Fi Certified Home Design program offered by Wi-Fi Alliance, a global network of WI-FI technology companies, according to the release. Smart home owners will be able to ask Alexa to control their lights, lock their doors, control their TV, or even measure their car’s carbon-dioxide emissions. The controls will be available anywhere in their homes under the new program.

“We live in a connected world, but most existing homes simply weren’t built for that world,” said David Kaiserman, president of Lennar Ventures in a statement.

Lennar Corp.’s recent projects in South Florida include acquiring 400 acres for its Parkland Bay project in Broward in April, and its acquisition of 100 acres near the site of the planned American Dream Miami mega mall, for $51 million in Hialeah in December.