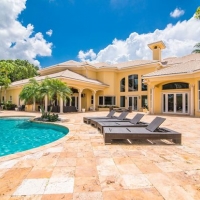 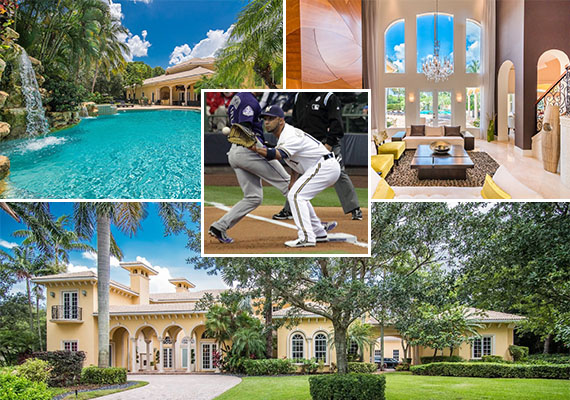 Gonzalez, who played a big role in the Marlins win against the Yankees in the 2003 World Series, and his wife Johanna Gonzalez sold their home at 2760 Stirrup Lane to Govindarajan and Meeta Narayanan, both doctors. It traded hands for $304 per square foot.

“In Weston, for properties that are listed for over $3 million, they tend to stay on the market for more than two years,” Reyes said. “Weston has been changing a lot. Some of the guys that bought in 2007 and 2008, and they bought at that top price, they ended up paying for it. They end up losing money if they sell now.”

Records show the Gonzalezes paid $4 million for the home in 2007, which means they sold it at a loss. Reyes said the couple is downsizing to a newly built home, but declined to say where. The baseball player went on to play for the Boston Red Sox, Cincinnati Reds, Toronto Blue Jays and other teams.

The Weston house is in the Windmill Ranches neighborhood, and was completed in 2004. The two-story home features a master suite on the first floor, a gourmet kitchen, a living room with a fireplace, a home theater, pool with a spa and waterfall and an outdoor kitchen, according to the listing.

Weston is home to a number of professional athletes, including retired Miami Dolphins player Jason Taylor. Taylor put his waterfront Windmill Ranches home on the market in February 2016 for $4.15 million, more than the $3.6 million he paid for the 10,247-square-foot mansion at 2980 Paddock Road in 2006. He reduced the asking price to $3.55 million last month, according to Redfin.