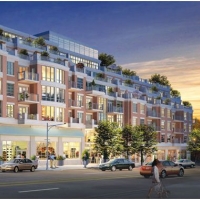 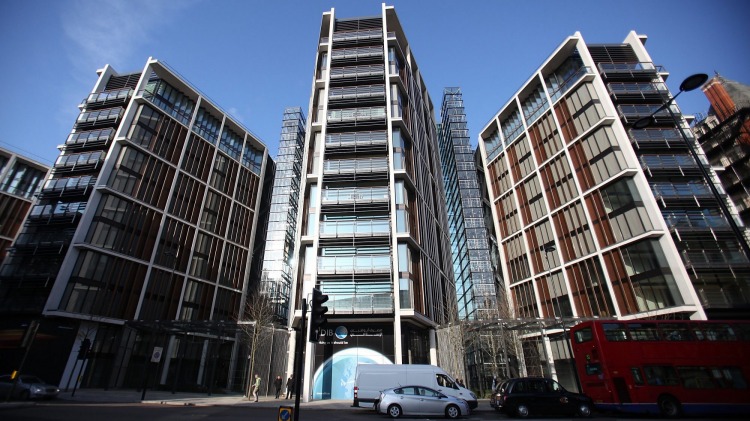 Economists have bad news and good news for London’s home sellers: prices will probably be stuck in neutral for some years, courtesy of Brexit and a shaky economy, but a serious crash still looks unlikely.

Ten out of 14 economists surveyed by Bloomberg News cited political and economic uncertainty as a reason prices are stalling while seven said tax changes for landlords were at fault. Only six attributed the slowdown to affordability issues in a market where prices have almost doubled since 2009.

Asking prices in the capital rose 1.6 percent in August from a year earlier, Rightmove Plc said earlier this week. While that’s up from the July pace, it’s well below a 2014 peak of more than 20 percent and only the second time this year the the annual rate of increase has exceeded 1 percent. PricewaterhouseCoopers LLP predicts that price growth will continue to slow in 2018 and 2019.

Here are some reactions from five of the economists who took part in the survey and their predictions of where home values are going.

Samuel Tombs, an economist at Pantheon Macroeconomics Ltd. says the vote to leave the European Union was a “turning point” for London’s housing market and the impact on the economy as well as uncertainty over how many jobs will leave the financial district will weigh on the market until exit negotiations are complete.

“It’s not just a question of how many financial-services jobs will move, but also associated professions such as legal services. We see U.K. home values rising 1.5 percent in 2017 but London will underperform, given what we have seen so far this year. It’s not the disaster that some were predicting and we expect London home values to remain stable but not fall over the next year. The market will remain this way until we get clarity on what sort of Brexit the U.K. will have; that won’t be anytime soon as it’s in the EU’s interest to drag out negotiations. It’s clear that Brexit is adversely affecting the U.K. economy whereas Europe’s is steaming ahead. It will take until March 2019 to get that clarity and until then the housing market will continue to struggle, with the London market bearing the brunt of it.”

Azad Zangana, senior economist at Schroders Plc, said the market took an initial hit 18 months ago from the increase in stamp duty changes for landlords and second-home owners, but more recently the “big concern” is Brexit and how negotiations to leave the EU will play out. “We are expecting a soft patch in prices for the next couple of years. Rental yields for London properties are so poor that it’s hard to see how landlords can make a profit after paying extra stamp duty and taking a second hit with the reduction in tax relief for rental income. It’s now more profitable for investors to buy properties in other parts of the country or abroad. That said, not enough homes are being built to keep up with demand from first time buyers for prices to fall.”

Kallum Pickering, senior economist at Berenberg in London, said a combination of factors such as increased stamp duty have weighed on demand for homes in London over the past year and that Brexit has created risks that were not appropriately reflected in the “exceptionally low property yields at the time of the vote,” triggering a possible correction in values. “The latest data indicate that the London housing market could be correcting as other global cities in Europe -- where the economic recovery is two or three years behind the U.K. -- is creating better investment opportunities. But this is not a Lehman moment for the London property market, as long as the U.K. doesn’t have a hard Brexit and the economy remains in shape, we don’t anticipate huge price falls.”

Philip Rush, chief economist and founder of Heteronomics, says the “difficult” political environment since Brexit and increased stamp duty may put further pressure on home values. “These elements introduced a negative shock which has taken away some of the froth from the market, but I would say it is still overvalued. I don’t think the current circumstances are going to be sufficient to drive a substantial correction but they will cause further underperformance in prices relative to rest of the country.” Performance going forward will depend on how “orderly” the Brexit process is, Rush says. “If there is brinkmanship around the withdrawal process, negotiations could well come to an end without a transition agreement and a disorderly end to negotiations could cause a bigger cumulative hit to the economy. That would cause people to lose faith in the ability of their properties to appreciate, raising concern about the debt they have taken on to buy them.”

Philip Shaw, chief economist at Investec Securities in London, said higher inflation is discouraging domestic demand and the outcome of the June election that saw Prime Minister Theresa May lose her majority in Parliament has has made investors wary. “The tightening of the tax advantages available to landlords, which worked as a modest disincentive for buy-to-let has hit the London market before the rest of the U.K. Additionally the Labor Party coming so close in the last election has caused concern among investors about a possible political change. Households’ discretionary spending has been impacted by higher inflation and if they don’t have to move they won’t. We don’t yet know the extent of financial migration out of the City to other parts of the EU, but it is another factor that will dampen demand for London housing.” Shaw says he expects low single-digit growth in home values in the U.K. and values in London to remain below that at “broadly flat” until greater clarity on the outcome of Brexit negotiations is given.