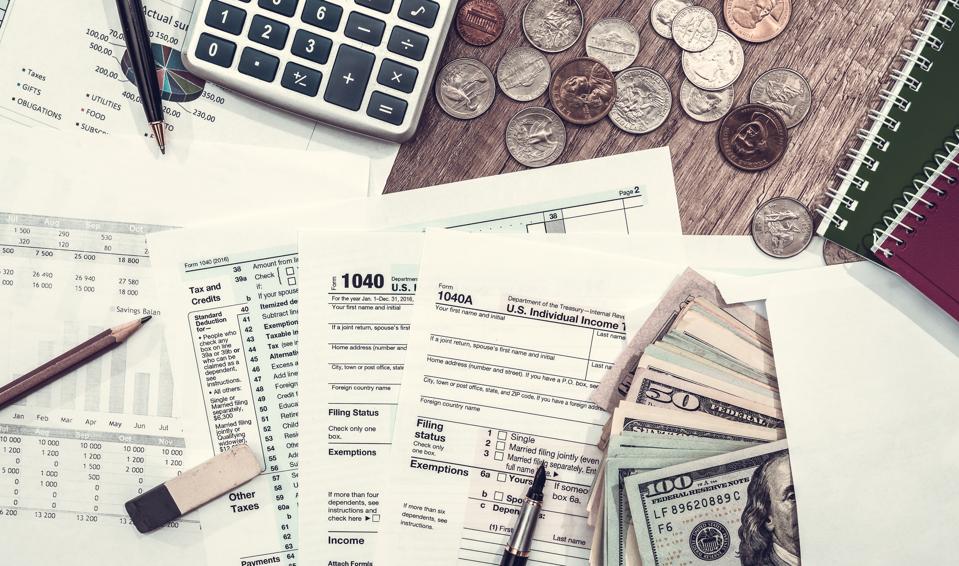 House Republicans released their long-awaited tax bill Thursday. The proposal is a long way from becoming the law of the land, but the draft contains some red flags for the people who build, sell and own homes—as well as for people who want to buy them.

Three changes are particularly relevant: a reduction in the amount of mortgage interest that can be deducted, a new cap on property tax deductions and limits to the capital gains exemption used by homeowners when they sell.

Real estate professionals have been quick to cry foul, arguing the proposals would eliminate the tax incentive to buy, turning America into a nation of renters and putting pressure on home values. Already the homeownership rate is near an all-time low at 63.7%, they point out. William Brown, president of the National Association of Realtors, calls the bill “nowhere near as good a deal as the one middle-class homeowners get under current law.” Some outside the industry, however, contend that in the long run, the only real loser will be the industry itself.

As the law stands now, homeowners can claim as an itemized deduction interest paid on mortgages valued up to $1.1 million used to acquire or improve a first and/or second home. The plan maintains the current cap for existing homeowners but slashes it to $500,000 for homes purchased in the future. (The bill would also limit the mortgage interest deduction to one principal home, ending any deductions for vacation homes.) This means a home buyer paying 4% interest on a $1 million mortgage would be able to deduct just $20,000, as opposed to the current $40,000.

While the median price of a house sold today is $245,000, in some expensive markets a $500,000 loan does not come close to paying for most homes. Some fear the lower cap would be particularly detrimental to first-time buyers in such markets. Moreover, creating a distinction between current and future homeownership could create a disincentive to move, intensifying an already severe inventory shortage at the entry level. Increases in home values over the long term will also eat away at the value of the deduction if a plan to raise the cap over time is not put in place.

At the same time as the plan cuts back on deductions for individual homeowners, it exempts real estate investors from a new 30% limit on interest deductibility for businesses. “This tax plan would turn America from a nation of property owners into a nation of tenants renting from private equity-backed landlords,” argues Vishal Garg, CEO of Better Mortgage, an online mortgage lender focused on Millennials. “Why should corporate landlords get the deduction if your consumer homebuyer can't?”

Another change is the provision that allows homeowners to exclude from their taxable income up to $250,000 in capital gains ($500,000 for married taxpayers) from a sale of their primary residence. Under the plan, to qualify for this break, homeowners must have owned and lived in the home for at least five of the last eight years. Currently, the rule is two of the last five. Taxpayer use of the exclusion would also be limited to one sale every five years, rather than one every two. In addition, under the House bill, you begin to lose the gains exemption if adjusted gross income (in a look-back period) exceeded $500,000 if married or $250,000 if single.

Expensive markets would also be hit by the proposal to cap the deduction for property on a home at $10,000. Currently, all state and local taxes are deductible in the ordinary tax (although not in the alternative minimum tax, which would be eliminated by the House bill). In the lead up to the bill’s release, local tax treatment was one of the most contentious issues. Originally on the chopping block, property taxes were spared after a revolt from Republican lawmakers from high-tax states like New York, where the effective property tax rate is 1.38% of a property's value, and New Jersey, where the effective rate is 2.13%.

The compromise, however, did little to quell real estate industry anger or investor jitters. (It is also unclear how many House Republicans from high tax states will continue to oppose the bill because of the $10,000 cap and because state and local income taxes wouldn't be deductible at all.)

Publicly traded homebuilders were hit hard by the release of the house bill, down 2.5% Thursday, a day when the market at large was roughly flat. Toll Brothers, which focuses on higher-end homes, finished the day down 5.9%. (Both recovered some of their losses in morning trading Friday.)

He went on, “By undermining the nation's longstanding support for homeownership and threatening to lower the value of the largest asset held by most American families, this tax reform plan will put millions of homeowners at risk."

John Lieberman, a certified public accountant with New York-based Perelson Weiner, advocates a more measured view of the housing impact. “There will be a psychological dent in the short term for people who stretch to buy things and we all stretch to buy our first house,” he says. “In the long run, people will adjust.” The biggest change, he suspects, is that people won’t spring for extras when building a home, cutting into homebuilder profits.

The Trump administration has made a similar point. On BloombergTelevision Friday, White House Economic Adviser Gary Cohn argued, “The ability to deduct interest is a component that allows you to buy a bigger house, not what drives you to buy a house.”

Experts are still modeling who precisely will be impacted by all these changes and how much they will gain or lose compared to current law. In May, based on previously released tax plan outlines from Congress and the White House, NAR estimated taxes for homeowners with adjusted gross incomes between $50,000 and $200,000 would increase by an average of $815.

At that point, however, the industry was predominantly concerned that the doubling of the standard deduction (to $12,200 for individuals) would nullify the impact of the mortgage deduction. The proposal to cut the cap to $500,000, however, goes farther than NAR’s model, which also estimated the blueprint would cause a 10% drop in home values—with a greater loss in value in high tax states. Others estimates for drops in home values have been more modest. “Balancing tax reform on the backs of homeowners isn’t an option,” said NAR president Brown at the time.